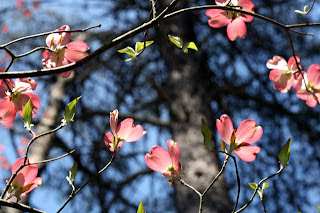 When I was 18, it was important to be In The Know. To be up to date on the latest ideas, fads, clothes, and activities. Living in our heads was the norm. What a person thought about was primary. The left brain was in charge. 47 years later, in my world, it's important to be In The Now. Eckhart Tolle's The Power of Now and The New Earth are on sale at Costco for $8.95. It's becoming common. Or it seems to be from where I sit.

I am delighted by Eckhart's teachings because of their effect on stilling the 36 plus voices I've been carrying around in my head all these years. I realized they were there 30 years ago, and our means to quiet them worked short term. We called the voices "my committee" and we could could conjure up a new committee peopled with those we fancied could give us unconditional love. I chose my sister, a dear friend named Roxie, artist/author Barbara Berger and feminist Gloria Steinham. Whenever I got low, I'd imagine them standing in a semi-circle all telling me in turn "you are doing so great! I can't believe how strong you are! Go for it!"

It helped. It made me laugh, to play like that, which was good and lifted my mood so I could get back into action. But Eckhart's books describe something much deeper. Ever hear the phrase "become the chair", or "become the flower"? I read about that years ago when dabbling in Asian wisdom--and getting nowhere. My writer sister treasured her Zen learnings. But it was all Greek to me. Well, now I think (!) I get it. I'm not sure I could explain it to you, but I tell you I have been there. It's unforgettable. And easy. Is this making sense? Hah!

I understand that my mind/ego is out to get me. A majority of my thoughts are repetitive. Blah, blah, blah. Over and over. And that quieting the mind, dwelling on the now, throughout the day, brings me to a place of quiet presence. No past, no future, just now. The chair, the window, (if I'm indoors, as I am now) the air, the table, the sounds of traffic and birds, the energy pulsing throughout. It's there. It can keep my attention, bring stillness within. It's in the pause between breaths, which I can hold for moments on moments. It's in concentrating on the space present in my body and in everything. We are all mostly space.

The still part of my consciousness, which I am deciding at the moment is "located" in my right brain, has a mysterious energy. When I give attention to the stillness, or non attention, however you want to say it! -- it follows that I am calmer and more creative. Later, ideas fly into my mind so fast I am stunned. I stop worrying about my aging body, or my retirement, or regretting any action I've taken. I'm letting the world be, surrendering to what is. 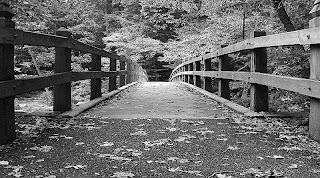 My mind becomes a useful tool. I say to myself, "wow, where did that idea come from?"

The best part is I don't have to sit down and meeeeeditaaaaate....altho I don't mind that. But I love meditating, or staying in the now, in moments all day, knowing that probably 75% of my thoughts are repetitive. Clearing them out throughout the day leaves room for so much more.

My adorable grandson just had a temporary little blip in his growing up scenario. This is a challenge for his parents and us supporting cast of characters. Living in the now, as I am certain babies do, he will handle this challenge better than everybody else! And I want to transmit my surrender, that is, acceptance to what is, to him and his parents. What is, is always what is, most imperfect and unexpected. Today's challenge is always what we do with what we didn't plan on. I fancy I can affect the presence in us both from afar. So I put it in writing here to give it life, for myself and maybe for someone who reads this. Probably the truth is that I will help baby G by being like baby G!
Posted by BBWriter43 at 8:28 AM No comments: