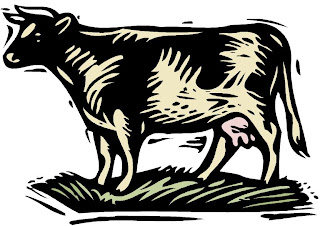 Backers of Initiative 210, for statewide daylight saving time, are making triumphant sounds over the filing of "an avalanche" of signatures, virtually assuring the measure a place on the November election ballot. It's no wonder, of course, in view of the large sums of money that have been spent to obtain those signatures. It's reliably reported that the sponsors had a war chest of $75,000 with which to "sell" fast time this year.

Can the state's voters be "bought" or brainwashed into the idea of reversing their long-standing preference for standard time? We don't think so, not yet. But the issue is forced upon us again. The Grange and other friends of standard time must accept the challenge and counter-attack on a wider scale than ever before.

It's an odd thing that so many big city dwellers still ask the same question: "Why are farmers opposed to daylight saving time?" The obvious answer seems to be that we've never had enough campaign money to offset the heavy barrage of propaganda emanating from radio and TV stations and metropolitan newspapers.

Facts which are common knowledge to farmers seem to be as remote as the stars from your big city dwellers. If they ever do get off the pavements, it's only after the heavy dews of morning have long since evaporated.

All you have to do, in their view, is to "milk the cow an hour earlier."

The reasons for maintaining standard time are just as urgent, just as true as they ever were. How are we going to get them across to the ever-increasing voter populations of our big cities? That's the $64 question, not only in 1960 but for future years.--B.